The Innovation Behind Your Composite Deck 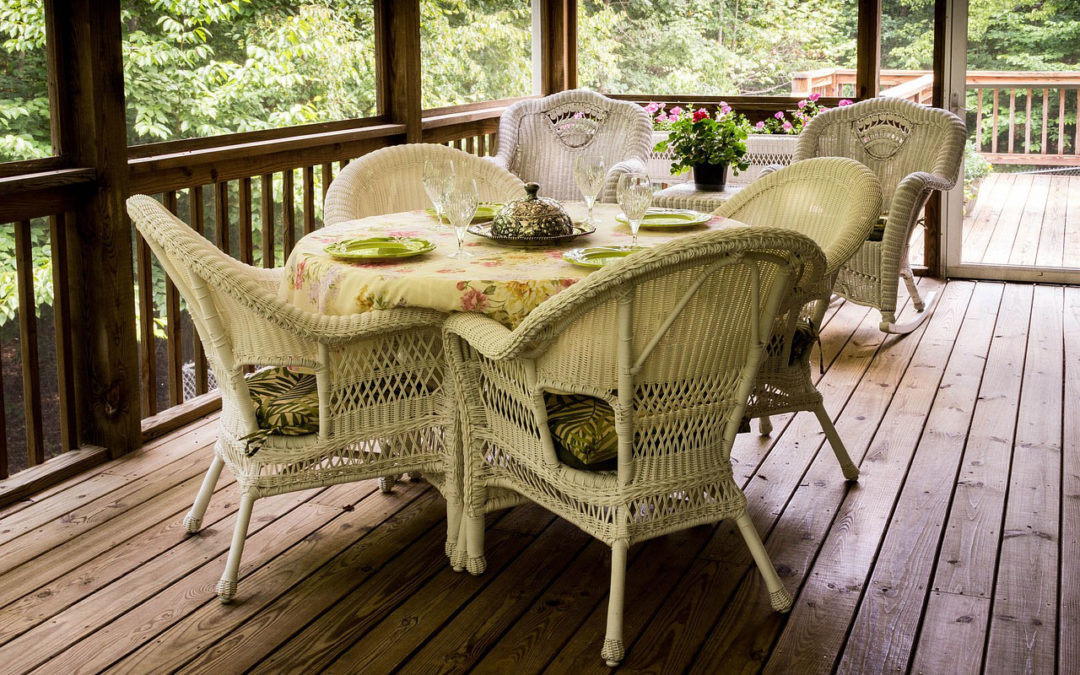 With so many decking material options, it may surprise you to know that 30 years ago, your choices would have been wood, wood, or wood. Mother nature provided the possibilities. Cedar and redwood were, and still are, popular choices because they naturally resist insect infestation, as well as mold, mildew, and rot. However, wood does require regular maintenance if you want it to retain its color and beauty.

Many homeowners used pressure-treated pine because it is plentiful and inexpensive. The old-growth pine previously used to produce this product was of higher quality than most of what we see today due to its growing conditions.

Old-growth forests that have never been logged are dense. Trees, vines, and other plants compete for sunlight and soil nutrients. This constant struggle to grow and survive produces trees that grow less on average each year. The growth rings are closer together, the wood is denser, and it resists moisture, rot, and insects better.

By contrast, trees grown on farms enjoy plenty of sunlight and nutrients to encourage trees to grow quickly and mature sooner. These fast-growing trees produce wood that is less dense, less structurally stable, and more prone to warping and rotting.

An Idea is Born

Most successful inventions solve a problem. In the early 1990s, a company known as Trex discovered a problem with available decking. Consumers wanted better materials. Ideally, they wanted decking boards that would last longer and require less maintenance.

They developed wood plastic composite (WPC) decking boards, and their name quickly became synonymous with their product. Made of a combination of hydroplastics and sawdust, Trex designed its composite decking to resist rotting and warping while requiring little to no work. It overcame the twisting and warping problems associated with pressure-treated lumber and eliminated the chore of sanding and staining cedar decking boards.

It quickly gained popularity. However, the product failed to live up to the claims it promised. Early WPC boards were flimsier than wood. Over time, the boards sagged, forcing homeowners to install additional supports underneath. Because the boards consisted of up to 60% organic wood material, the boards behaved like wood.

The wood pulp absorbed water when it rained, expanding and contracting with temperature changes. This constant fluctuation caused boards to crack and split. Wet boards grew mold and mildew, and boards in the sun quickly faded, turning gray like driftwood. This fantastic, new product that was supposed to solve all our problems had a whole host of issues of its own.

Despite the problems that plagued early versions of composite decking, manufacturers were determined to find a viable solution. As the wood component of the boards seemed to lie at the root of the problems, they removed it. Synthetic wood boards made of PVC seemed the solution to the problem. PVC does not absorb moisture, overcoming rot and disintegration problems with composite materials. Manufacturers improved the appearance of these deck boards by embossing them with wood grain patterns.

Unfortunately, the advantages of PVC proved to be limited. Over time, the PVC became brittle. The boards still sagged under their own weight, and temperature fluctuations caused the boards to crack. In warmer climates, customers complained that this new decking material was too hot to walk on with bare feet in the summer. Clearly, it was another swing and a miss for synthetic decking.

Thomas Edison tried thousands of different designs when attempting to invent the lightbulb. Of the experience he said, “I didn’t fail. I just found 2,000 ways not to make a lightbulb.” Undeterred by past shortcomings, Trex and other manufacturers finally landed on a successful decking design by 2009.

The new decking boards, known as capstock decking, returned to their initial formulation using a composite of plastic and wood material. However, this time, weatherproof plastic encased the wood on three or four of the six sides. Knowing that the composite boards would absorb moisture, they sealed some surfaces to prevent water from entering while leaving others open to exchange water with other boards and with the surrounding air.

Capstock decking proved to be a superior solution. Not only did the boards stay drier, inhibiting mold and mildew growth, but the new structure produced stiffer boards. They held their shape without sagging while still being easy to build with. Additives in the coating provide better resistance to ultraviolet radiation and protect the surface from fading and scratching.

Composite decking is widely used in commercial and residential outdoor spaces despite being more expensive than traditional wood decking options. Many homeowners are drawn to its promise of low to no maintenance. There are a variety of different brands with unique color and design options to choose from. If you are thinking about building a composite deck, we offer many choices, including Trex, TimberTech, Fiberon, and Azek.