How Beetle Kill Products Are Saving the Economy and the Planet 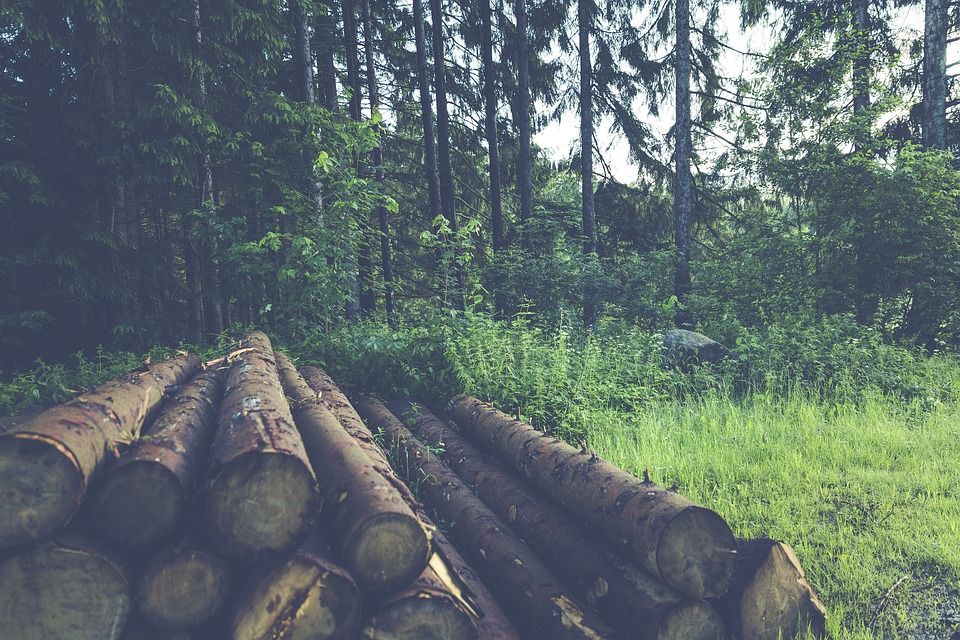 If you have visited the mountains of the western United States or Canada, you have probably seen vast swaths of dry, reddish-brown pines trees. This widespread forest destruction is not the result of fire or disease. It is the work of a bark beetle the size of a grain of rice.

Known as the Mountain Pine Beetle or Dendroctonus ponderosae, this beetle is spreading rampantly throughout North America’s pine forests. In the Canadian province of British Columbia alone, it is estimated that this aggressive pest has destroyed one-half of all pine trees. For a province whose economy is highly dependent on the export of wood and wood products, this is a formidable problem.

The invasion begins when female Mountain Pine Beetles bore through the bark of an old or stressed pine tree into the soft sapwood. As they do so, they secrete a substance that attracts other beetles to the tree. Together, they mount a formidable attack on the tree. Underneath the tree’s bark, they carve out a vertical tunnel. Pairs of beetles mate, and the females lay up to 75 eggs each in this large chamber.

Soon, hungry larvae will emerge from these eggs. They spend the winter inside the tree, feeding and growing. They can survive the cold, snowy winters by releasing a natural antifreeze into the tree to keep it from freezing. In late July of the following year, they will chew their way back out of the tree and start the cycle of attack over again. In this way, their numbers increase with each passing year.

As they grow in numbers and strength, they move on to the large lodgepole pines that are hundreds of years old. Within two weeks of being invaded, the trees die because the beetles disrupt the flow of water and nutrients within the tree. The tree dries out over the coming months and changes to a brown color. In a short period of time, the lush, green forest becomes a group of tall, brown skeletons.

While Mountain Pine Beetles are exceptionally adept at reproducing and attacking trees, they are not successful on their own. Pine trees naturally produce a resin that protects them from such attacks. The Mountain Pine Beetle owes its success to the symbiotic relationship it has with Blue Stain Fungus or Grosmannia clavigera.

This fungus gets its name from the blue-gray hue that it gives to the pinewood where it lives. It produces sticky spores that further inhibit the flow of water and nutrients from the ground to the pines’ upper branches. On its own, it is capable of killing the host tree. However, it is not able to spread to other trees in the forest without help. So, it hitches a ride from tree to tree on the mouth of the beetle. As it infects the tree, it prevents the tree from producing protective resin, leaving it vulnerable to attacks from the beetles.

The expansion of the Mountain Pine Beetle has left millions of acres of dead pines covering the Rocky Mountains, devastating the landscape. The results of this mass destruction are widespread. With so many trees dead and dying, the concentration of greenhouse gases in the atmosphere is increasing. We are dependent on the world’s trees to recycle carbon dioxide and produce oxygen for us to breathe. Having fewer trees in the forests inevitably results in a build-up of carbon in the air. This problem is compounded by the fact that decaying trees release carbon.

Even before the trees fall, they create risky situations. A forest of dead trees is the perfect place for forest fires to begin. Without their robust root system intact, trees may blow down in a storm creating piles of kindling ready for burning.

The death of so many trees creates a substantial economic loss as well. Pine trees that could have been harvested sustainably are just disappearing. Logging and milling companies have had to lay off workers due to a lack of material to harvest and process. Instead, states and provinces have had to refocus their resources on planting trees and regrowing forests.

While the problem of stopping the Mountain Pine Beetle remains, we are discovering ways to use the destruction that they leave in their wake to our advantage. If the dead pine trees are harvested within five years, the wood is still usable in many wood products. This wood, known as beetle kill pine, has become a visually striking option for wood flooring and wallboards. The color variation between the yellow pine color and blue-gray stain left behind by the fungus gives the wood tremendous variation in color and interest from one board to another. In 2010, the city of Vancouver made a statement by using beetle kill wood to cover the entire roof of the Olympic Speed Skating Oval. This project alone used over 1 million board feet of beetle kill.

Sorin Pasca, a master’s degree student at the University of Northern British Columbia, discovered another use for this unique wood as an additive to cement. Typically, concrete repels organic matter. However, it has an affinity for lodgepole pine and, especially, beetle kill pine. Concrete made by mixing cement, beetle kill wood chips, and water takes on many of the properties of wood, while still maintaining the structural properties of concrete. For example, you can drive a nail into it or cut it without special tools. This unique concrete is well suited for use as concrete flooring, tile, or countertops.

As long as the Mountain Pine Beetle is ravaging the pine forests of the United States and Canada, there will be beetle kill pine. As it stands now, there is enough wood lying around to last for several years to come. Putting this unique resource to use will help keep our air cleaner and help bolster wood producing companies struggling because of the dwindling number of trees.