7 Facts About Trees That Will Surprise You 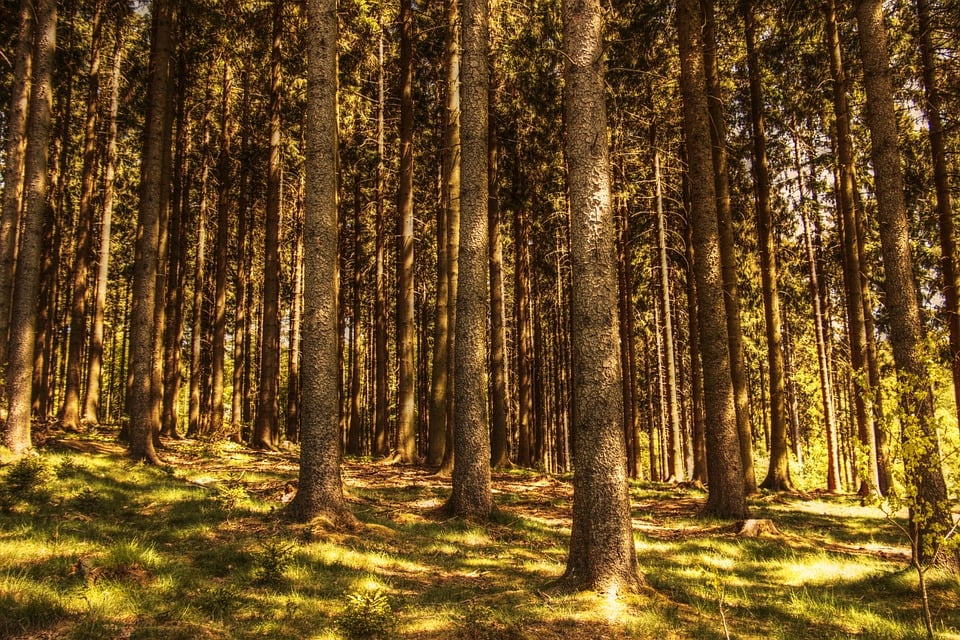 Fossil evidence tells us that trees of all shapes and sizes have grown on Earth for the past 300 million years, much longer than mankind has been around. With the exception of Antarctica, they grow in every country and on every continent in the world. We adore their beauty, harvest their wood for lumber and wood products, eat their fruit, and picnic in their shade. They are an integral part of our lives. Yet, trees still have surprises to offer.

In a large forest consisting of older trees and seedlings, these fungi serve a more significant function by connecting the forest trees with one another. Older, established trees use this connection to nourish younger saplings by releasing extra carbon into the soil to be transported where it is needed. This carbon sharing increases the survival rate of these younger trees.

2. Trees Can Live Thousands of Years
It is impressive to gaze up at the expansive canopy of a tall 100-year-old oak tree. It is even more impressive to find a tree that has been alive since before humanity made a debut on Earth. For the most part, the age and location of the oldest trees on Earth are kept secret to protect them from vandalism and other damage.

North American bristlecone pines are some of the most ancient trees. The oldest living tree of this species was once thought to be a tree in California that was 4,848 years old. However, in 2013 scientists found another tree that was an incredible 5,062 years old.

3. Some Trees Are Dangerous
When visiting Florida or the Caribbean, it would behoove you to avoid the manchineel or beach apple tree. It is considered the most poisonous in the world. Every part of the tree is dangerous. Burning the wood produces smoke that can blind if it gets in your eyes. Water falling off the leaves during a rainstorm is enough to cause painful blisters on the skin, and the fruit is potentially fatal. The Spanish name for the tree, “manzanilla de la muerte,” literally means little apple of death.

While not toxic, the sandbox tree can also cause harm. The tree itself warns animals and people to stay away with its spiked trunk. It has been nicknamed “monkey no-climb.” However, it is the less obvious danger that should keep you away. This tree produces large fruit capsules that explode when ripe. When these capsules split open, they launch their seeds at up to 160 miles per hour. At these astonishing speeds, the seeds fly as far as 300 feet away from the tree. While great for spreading seeds, this adaptation could cause significant damage.

4. Most Tree Species Have a Nationality
A tree census conducted in 2017 concluded that nearly 58 percent of all trees grow natively in only a single country. In some cases, this isolation of tree species has occurred because the tree grows on an island. The surrounding water inhibits the spreading of seeds to other areas of the globe. This survey also found that countries such as Brazil, China, and Australia that contain large numbers of endemic tree species also have a tremendous amount of biodiversity among their plant population as a whole. The two conditions go hand in hand.

5. Trees Build Alliances
Some trees operate under the principle expressed by an ancient proverb that “the enemy of my enemy is my friend.” Trees have long been known to send signals to neighboring trees to warn them against insect attack. This advanced warning system can allow other trees in the forest to put up their insect defenses before they become infested. However, trees can also release airborne signals that attract parasites or predators such as birds. These allies can help the tree by killing or removing invading insects.

6. Trees Are Good For Your Health
As human beings, we have a natural connection with nature and find comfort in the outdoors. Outdoor activities have become even more critical as we have all dealt with varying levels of quarantine and isolation due to COVID-19. Escaping our hectic desk job for a few minutes to take a walk outside can rejuvenate us mentally and physically. Trees play a direct role in the way that we feel. They release a chemical known as phytoncides. When exposed to these substances, we benefit from reduced anxiety, lower blood pressure, and an increased pain threshold. It should not be surprising that the presence of trees correlates with lower rates of crimes such as graffiti, littering, and even domestic violence.

7. Planting Trees Increases Animal Biodiversity
Many animals, including birds, squirrels, and bats, are dependent on trees for shelter and food.
Thus, they tend to be more populous in areas where they can find adequate tree cover. In 2016, researchers at Stanford University published the results of their 10-year study on the relationship between the number of trees to the number of species living in a given area. They concluded that adding a single tree to a field increased the number of birds from 0 to 80. With each successive tree added, the number continued to go up, though not as sharply. In areas with 100 percent tree cover, they began to find elusive and endangered species.

We still have much to learn about trees. They have not revealed all of their secrets to us yet. What we do know is that interdependence exists between the animals, the trees, and us. The good news is that forest growth has exceeded forest harvesting since the 1940s. There are more trees alive today than there have been at any point in the last 100 years. We are learning how to preserve the forests that are vital to our ecosystems and our daily lives.