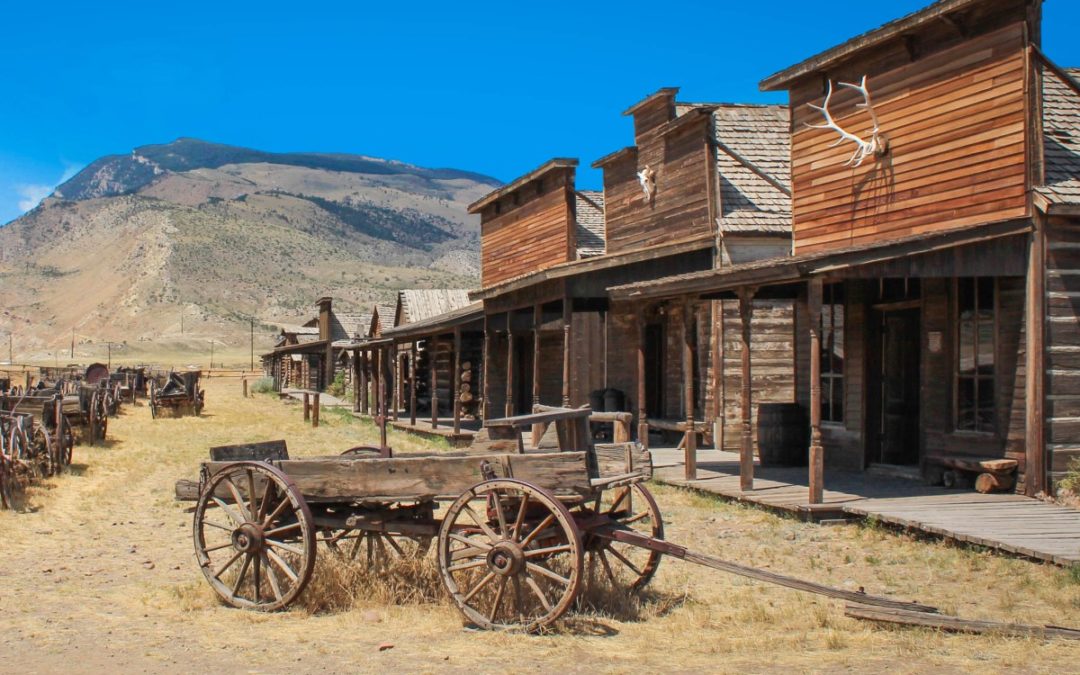 Picture yourself traveling through the Alpine Look Backcountry Byway in Colorado. The beautiful views, wildlife at every turn, nature surrounding you. Just as you’re thinking how amazing the created world is, you slowly pass by an abandoned town, Capitol City ghost town. This town speaks for itself when it comes to being eerie and scarce of life. Every abandoned town has a history that has been buried by the past, allowing any newcomer to open up the old life that the town once held.

Capitol City Ghost Town in Colorado is just like every ghost town there is. A boneyard that is full of reclaimed wood that once stood of restaurants, post offices, homes, and general stores. A town full of history, some that are known to outsiders and some that will be forever a mystery amongst visitors. This ghost town is an open book with its past, and today we are going to dive into it.

George B. Greene of Denver was the first to picture a small townsite here like a capital city in 1875.  At first, he carried the intention of naming the town, Silver Glen. Just a short distance above the original site, Greene began construction. Unfortunately, the town was left unfinished due to financial complications that arose. In 1877, a man by the name of George S. Lee came along and finished the development of the town, starting with the opening of a post office during the same year. Lee renamed the town to Capitol City. At one point in time it was thought that this town would be the capital of Colorado, with Lee representing the town as governor. Just a year later in 1878, a townsite of 200 acres was developed and lots were sold. The town became a supply post for the neighboring towns of Czar, Silver Chord, Yellow Medicine, Red Rover, Vermont, and Excelsior.

The Buildings of Capitol City

The town of the capital city was known for its structures that served as post offices, saloons, general stores, offices, and much more. The most well-known building of Capitol City was George S. Lees mansion, known as Governor’s Mansion. This 2-story brick house was built with state and bricks costing only a $1 each. The house was completed in 1879 and included a veranda, formal parlor, a library, a ballroom a theater with an orchestra pit, and several guest bedrooms. The exterior was full of luxurious landscaping, stables and a carriage house.

These towns once abandoned become a prime supplier for reclaimed wood. Most buildings are built using materials such as brick for the homes to ensure that they are sturdy and durable. The buildings in the town, on the other hand, are built with wood to be cost-effective, but still have durability. Once abandoned, the wood ages and it becomes the ideal reclaimed wood material. By using reclaimed wood from these towns, you’re not only giving what is now a “past” a new beginning, but you are bringing history into your home, which is a unique opportunity.

It Soon Became A Thing of The Past

Capitol City was known as a ghost town by late 1930. Over the years since 1930, the once known governor’s mansion fell into ruins being stripped of its elegance and having nothing left to show for what it once was. The only remains left throughout the town today are a few select cabin homes, a post office, a smelter house, and a large distance of Aspen trees. Visitors today have reported various hauntings from what is thought to be old miners and old townsmen. Who knows what will become of what once was the small mining town of Capitol City or if it will continue to be ruins of old history.

Colorado has a large presence of ghost towns due to its mining past, historic happenings and so on. Some are small and undiscovered, while others continue to stand tall with history to this day. Full of reclaimed, this wood reminds us of daily lives that are now a thing of the past, and a new future full of hauntings and legends. Ghost towns are a thing of the past that are creating a new future with its remains.

If you would like to use reclaimed wood, don’t hesitate to reach out! Here at Rocky Mountain Forest Products, we are proud to offer a wide variety of true and faux reclaimed products!