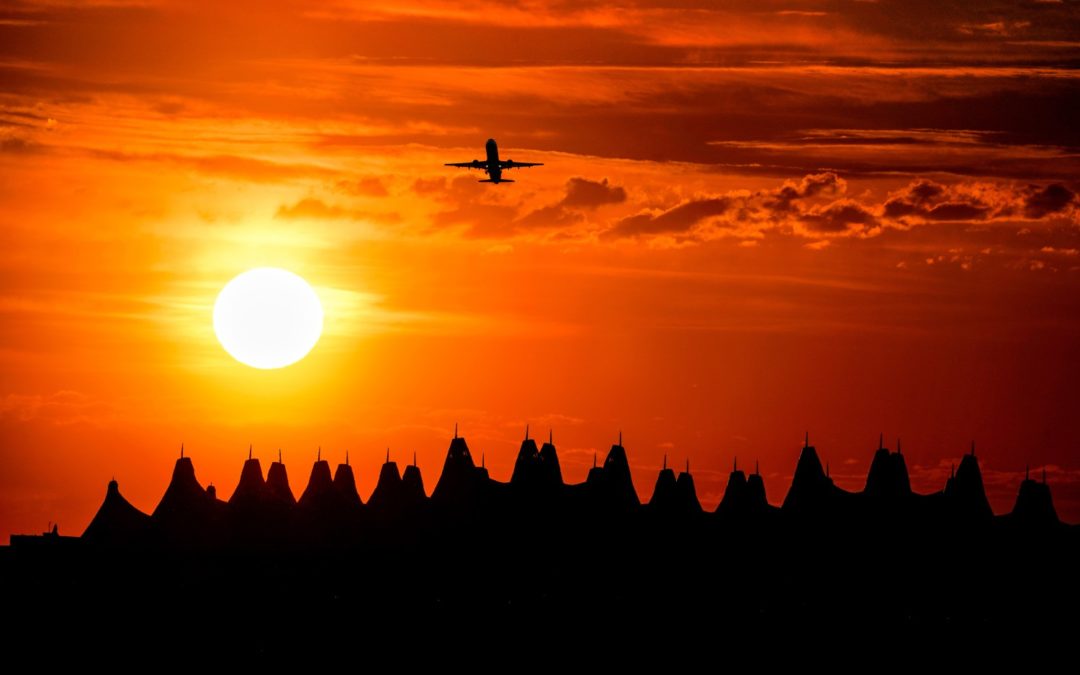 After twenty years in the making the Westin Hotel at DIA is now open and running. Like many other new builds around Denver the hotel is sporting some pretty fascinating artistic features that are becoming the talk of the town. DIA’s Westin hotel has used beetle kill lumber in multiple places around the hotel giving off a contemporary vibe.

Colorado artist Patrick Marold has adorned the hotel grounds with his artistic expression while also being eco-friendly. Using beetle kill lumber from Colorado’s own Rio Grande Forest he created a masterpiece that guests and airport goers enjoy daily by the thousands.

The outdoor art piece named “Shadow Array” is made solely of beetle kill lumber and was designed to harness the intense solar exposure that the grounds of the airport are showered with.

Some of the beetle kill logs are as long as a tennis court. The artistic shadows that are left on the ground change throughout the day as the sun moves across the sky so the view is always different.

Marold chose to use beetle kill lumber as a homage to the devastation that Colorado forests have experienced. The sculpture took more than three years to complete and the original cost was estimated at $2 million but after five other installations were added to the outdoors the final art project totaled $4 million.

Not only does the Westin have art made with beetle kill lumber outside, the Grill and Vine restaurant located in the hotel does as well. It has contemporary décor that is mixed with beetle kill and reclaimed wood.

Even if you are not staying in the hotel, you can dine at the Grill and Vine and enjoy the beetle kill décor by taking a short ride on the light rail from town or by simply walking through the terminal from inside the airport.

Designers of the restaurant felt that the beetle kill lumber complimented the Rocky Mountain themed menu and ambiance. From charcuterie boards to crocks of mac -n- cheese to Colorado Bass, diners feel nestled in a mountain retreat among the beetle kill lumber while actually eating in one of Denver’s new hot spots!

As one of the country’s newest airports, DIA was planned, developed, and built with sustainability in mind. That is why it is not surprising that it has pledged to use eco-friendly and recyclable products like reclaimed wood and beetle kill lumber. With hundreds of thousands of passengers traveling through DIA each year developers wanted everyone to know the airports commitment to its home state by using local products like beetle kill lumber.

To take this a step further there are rumors that DIA is partnering up with one of the city’s own restaurants, Root Down to pilot a composting program. This partnership may lead to a couple new land to table eateries for the airport and the city that also plan to use material like beetle kill pine in their production.

Hopefully homeowners and Colorado business owners will jump on the wagon to create sustainable and eco-friendly structures across the state that use recycled products like beautiful beetle kill lumber. If you are interested in purchasing beetle kill lumber for your next project, get in touch with us! Here at Rocky Mountain Forest Products, we are proud to offer this beautiful and sustainable lumber to the public!