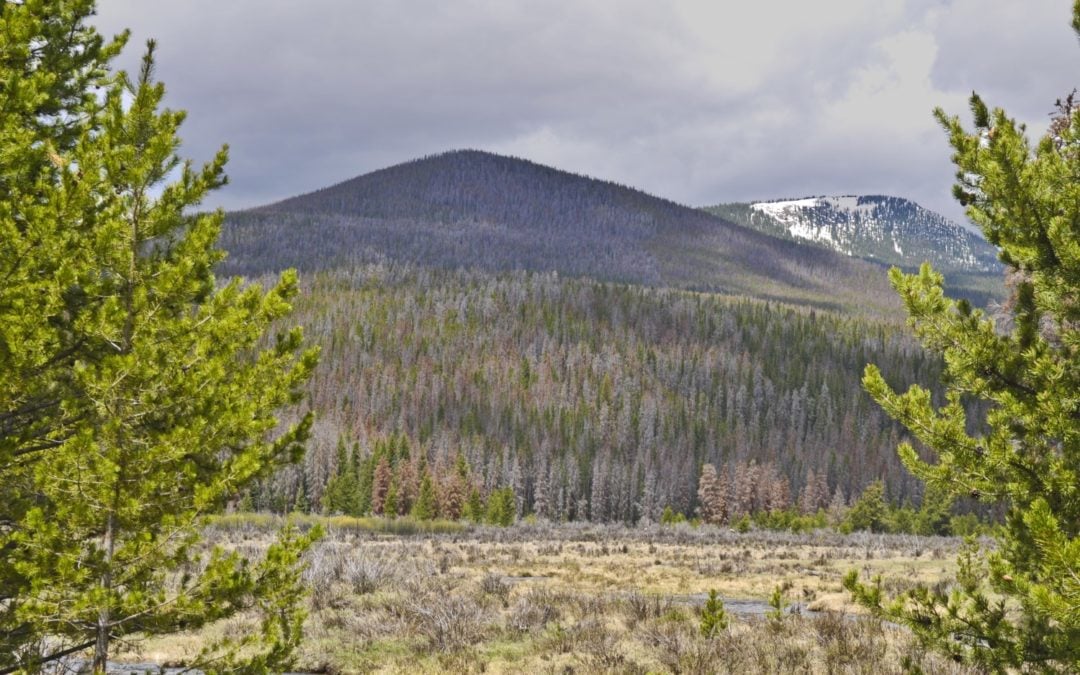 Alberta, Canada may have hit a streak of luck. Although the residents of Alberta have complained about the extremely cold winter that they have been experiencing this winter, some good may have actually come from it.

As a result of early freezes at the beginning of the season and temperatures plummeting below -40 degrees researchers are reporting that a significant amount of the mountain pine beetle in the area, specifically Jasper Park, have been devastated.

This is a near impossible task as the mountain pine beetle produces its own internal compounds that acts as an antifreeze. The larger the beetle the more of the antifreeze it can produce.

The mountain pine beetle has quite an intricate system for winter prep which makes them virtually kill resistant. As Autumn comes to an end the mountain pine beetle’s body knows to start producing the antifreeze compounds. They receive cues from the environment like temperature plunges and increases in precipitation.

The only hope of killing of large amounts of the mountain pine beetle is for early unexpected freezes when they are not full of the antifreeze compound. Unfortunately, this rarely happens which is why the epidemic is hundreds of years old now.

Now that Winter is coming to an end, researchers have begun to collect data on the current mountain pine beetle population in the area because of the early and extra frigid Winter they had. From the first estimates it appears that the number of living mountain pine beetles has significantly plummeted.

Although the fallen tress that are left behind from the infestation are beautiful and are yielding wood known as “beetle kill”. The beetles are drastically affecting forests around the globe.

The blue fungi that the beetle leaves behind attacks the trees and prevents water and nutrients from being distributed throughout. Trees die within a month or so of the initial infestation.

Alberta has been hoping for some relief after implementing a campaign to try to slow the spread of the infestation. It was proposed that around 90,000 trees would be cut and burned in an attempt to prohibit spreading. At a cost of around $18 million this is a long shot. Mountain pine beetles can travel as astonishing rates and multiply even faster. That is why there has not yet been a prospective cure announced.

As of now the only hope of ending the mountain pine beetle infestation would be “global cooling”. As most of us know the Earth is currently experiencing the complete opposite. So, the forest industry is not hopeful that this will come to an end.

The lumber industry has increased the supply of beetle kill pine on the market to encourage consumers to use it. By purchasing beetle kill pine consumers are helping combat the effects of the mountain pine beetle infestation. How so? If the infected trees are harvested within a couple years of dying, they do not release carbons into the air polluting the environment. Therefore, the forest and logging industry is attempting to harvest the wood as quickly as it is fallen. At this time this is the only way to help clean up the devastation.